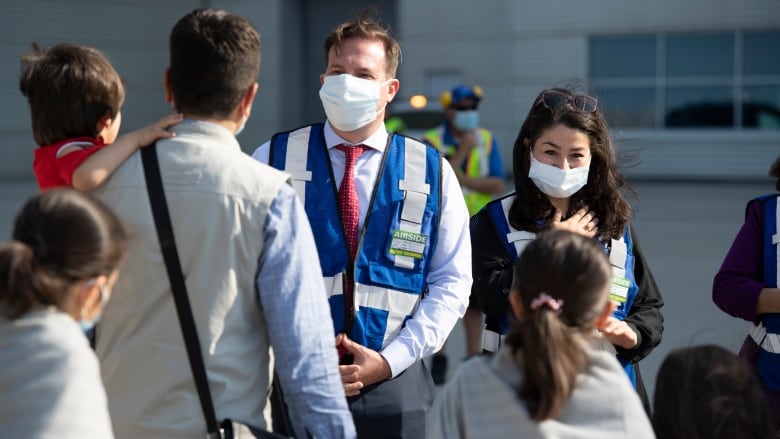 It may have faded from the headlines, but Canada’s resettlement of refugees from Afghanistan is progressing rapidly, so the team at Refugee 613 thought it was time for an update. Please note that details change quickly as new policies and processes are announced, and this is the most current situation to the best of our knowledge as of September 23rd.

Almost all newcomers welcomed in the first wave of arrivals are Government-Assisted Refugees, which means their practical needs are being met by settlement agencies with support from volunteers. The federal government is expected to announce its plans for private sponsorship and family reunification pathways in the coming days.

Here’s what we know so far.

Canada previously announced it will welcome 20,000 refugees including Afghan minorities, women’s rights activists, LGBTQ2+ individuals, and journalists along with their families through the Afghan resettlement program. As part of its electoral platform, the Liberal Party of Canada promised to welcome an additional 20,000 Afghans, bringing the total to 40,000 refugees by the end of 2023.

As of September 23rd, Canada has announced two pathways for Afghan resettlement:

More than 3,700 Afghan refugees have arrived, and an additional 5,000 Afghans are expected to arrive in the next 5 months as part of the Government of Canada’s agreement with the United States to grant safe passage to 5,000 nationals who have served both countries.

New arrivals are being processed through two ports of entry, Toronto and Calgary. Newcomers are housed at hotels to complete their COVID-19 quarantine requirements. Health testing, ID verification, and other protocols that normally take place before refugees arrive in Canada are now being completed upon arrival. Social Insurance Numbers and other necessities are issued and newcomers are offered workshops to familiarize themselves with Canadian culture and customs. Interviews are conducted to determine where newcomers want to live and whether they have any particular needs. Many arrivals already have friends or relatives in Canada, including people in the military.

After their two-week quarantine, the Afghan newcomers travel to their intended destination, to begin the more typical resettlement process of finding a home, registering children in school and starting language classes, with the support of settlement service agencies and local volunteers. Some may travel to new communities while others will remain in the city where they landed.

Who has arrived so far

On average, families have about 5 members, and almost half of arrivals to date are under the age of 12. Dari and Pashto are the most commonly spoken languages, and the majority of families have at least one family member who speaks English.

Although Government-Assisted Refugees make up the majority of arrivals so far, Canada’s refugee sponsorship community is ready to step up and support Afghans as well. Immigration, Refugees and Citizenship Canada (IRCC) has promised to announce soon how private sponsorship and family reunification programs will be used to meet the target of 20,000 Afghans resettled. Right now, though, there is nothing new to report for people interested in sponsoring.

In the meantime, many Canadians are already organizing to provide support to the new arrivals, and to Afghans abroad. In particular, the Afghan-Canadian community and military veterans have been mobilizing as individuals and organizations to help new arrivals directly and via settlement agencies. The biggest challenge is finding adequate housing within the very limited budgets provided to resettled refugees. Settlement agencies and volunteers are working hard to help newcomers find permanent housing, and welcome collaboration with landlords and others who know of potential housing in their communities.

We know you are eager to be part of Canada’s welcome, and Refugee 613 will continue to provide updates as new information emerges. To be sure to get the latest news, join our mailing list and follow us on Twitter and Facebook where we will regularly post resources and news from our partners, including ways you can help now.
Previous Next